Translation with exact American style and syntax helps enhancing documents for better understanding. American-English has its own style, quite different from British-English and other English speaking countries – especially in terms of usage. It is recommended that for a better translation, do employ those who have lived in the USA.

What does Translation by Native American mean?

Writing style is the style of how one expresses him / herself in language; it’s a way of employing words to express ideas. Writing style exposes the writer’s technique.

American writing style in particular, and that of Western in general, are direct: the headings are the main subjects, follow by examples, case in point, to clarify and elaborate the subject.

Language and Living Magazine issue 1 and 2, year 2009, has an article about American writing style entittled “Few often-used terms employed in presidential documents.” The article reads: “ … from the usage of terms, [we] can confirm a general, personal style of American presidents. In one way, it tells the academic usage of Anglo-Saxon; but it also expose the normal, daily, living language of American lives that has been using for more than three centuries.

Where to look for an American style translator?

There are many translation companies in Hochiminh City, and Phu Ngoc Viet Translation (PNVT) is one of them. Here at PNVT we have translators who have graduated from American universities and have been living there as long as the natives. We will ensure that the translated documents will meet quality.

We do open for business during the Covid quarantine closure. 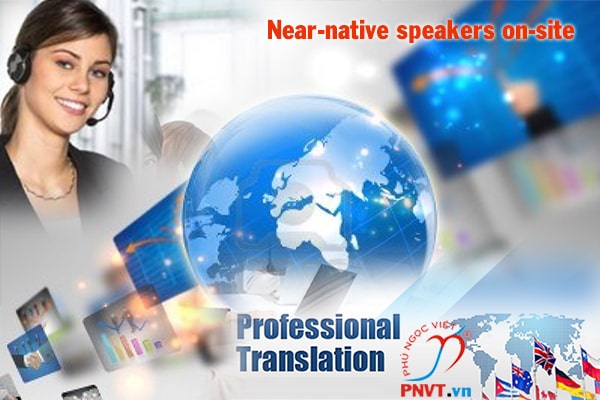